How to Improve Memory for Studying (7 Powerful Tips)

Do you want to know how to improve your memory for studying?

After all, it’s the 21st century and there’s so much to learn!

There’s too much to study in too little time – especially before an exam.

But it’s not just a time issue.

It’s not just an issue of volume when it comes to so many books and videos to consume.

The core of the problem isn’t any of those things.

The core of the problem is memory…

The things that your brain just can’t memorize no matter how many times you repeat them.

Because you don’t have a strategy for managing your learning and memory.

In this article, I will show you 7 powerful techniques to help you remember anything you have to study. You’ll learn everything far more easily – facts, dates, formulae, equations, whatever.

These techniques will make it far easier for you to ace your next exam.

1. The Memory Palace (The Top Recommendation)

Look no further than the Memory Palace.

Memory champions and experts all agree that it’s the most effective method to remember anything at all. In fact, one expert used the technique to memorize the value of Pi till nearly 112,000 digits.

Our own student, Marno Hermann memorized Pi to 1200 digits and recites them all for you in just over 10 minutes (!) on the MMM Podcast.

This memory technique was developed in Ancient Greece. It is sometimes referred to as the ‘Method of Loci’ or ‘Cicero Method.’ You might also hear it called the ‘Roman Room’ or the ‘Journey Method’.

Although there are many variations, here’s the core of how it all works.

With the Memory Palace technique, you associate each piece of information you want to memorize with parts of a location that you are very familiar with – such as your house or your school campus.

Why “Method of Loci” Memory Technique Is Too Vague…

In the Magnetic Memory Method, we don’t use the term “loci.” It’s too vague.

Instead, we work with Magnetic Stations. On these stations we place our Magnetic Imagery.

For instance, if you wanted to remember a number of important dates about the Second World War, you could ‘file them’ in your medicine cabinet.

Or, better said, “Magnetize” them in place. Associating each bit of information with a physical object within a familiar space helps the brain store the information.

More than just store it, your brain stores the study material systematically and retrieves it easily when needed.

Just make sure to draw your Memory Palace first for the best results. Like this:

Seriously go ahead and draw your Memory Palaces. Once you know the strategy behind why Magnetic Memory Palaces serve better than the rest, each one should take 2-5 minutes (or less).

You can use this memory retention technique to remember complex terminology, numbers, formulae – anything at all.

If you are not a ‘visual’ person or have aphantasia, you can still use the technique.

You can also associate pieces of information with sounds, smells, touch – various sensory elements within the location. You do this by using the full range of the Magnetic Modes taught right here in this special infographic:


Probably the biggest strength of the Memory Palace technique is that you can combine it with other mnemonic methods to improve your long-term memory. I will show you a few examples of how to do this in the following sections.

To learn about the Memory Palace and what the Magnetic Memory Method brings to the game in more detail, check out this article.

2. Acronyms to Improve Memory for Studying

Acronyms are the most commonly used memory technique and are great for remembering short lists or sequences.

You have probably learned ‘PEMDAS’ in school – a sequence for solving equations. It stands for Parenthesis, Exponents, Multiplication, Division, Addition and Subtraction.

Another common acronym to help you remember a geographical list of names is HOMES, which is used to remember the Great Lakes – Huron, Ontario, Michigan, Erie, and Superior.

Here’s a simple tip to create your own acronyms for remembering things better.

According to the Cambridge dictionary, acronyms are constructed with the first letter of each constituent word and they actually sound like words. That’s what makes them easy to remember.

We also use acronyms in the Magnetic Memory Method training, such us:

Doing is the Origin of Consistency

Doing is the Origin of Creativity

Doing is the Origin of Courage

Doing is the Origin of Clarity

Doing is the Origin of Control

To get into the “doing” of memory techniques that ultimately leads to control over your memory, all you have to do is S.I.P.:

Practice memory techniques with information that improves your life

And as you saw in the infographic above, KAVE COG helps us remember all the Magnetic Modes:

And let’s not forget the Magnetic Mode of space. That’s the Memory Palace itself.

But moving from these examples of acronyms, let’s get back to the technique of using them.

What do you do if the first letters don’t form a ‘word,’ because of a lack of vowels in the middle or any other reason?

Forget the definition and get creative.

Try changing the word sequence or using the second or the last letter instead of the first. If there is no vowel, pick up a second letter from a word. A common example is AWOL (Absent Without Leave.)

If you like acronyms, try combining them with the Memory Palace technique. Since each acronym is a word, it’s easy to associate them with a specific object or location in your house. That will make it even easier to remember.

Here’s a well-known fact about memory – the more you reinforce something, the easier it becomes for your brain to recall it.

However, to improve memory for studying, when you reinforce something is far more important than how often you reinforce it. Sisti, Glass and Shors called this phenomenon the ‘spacing effect.’

In the spaced repetition method, you practice remembering at the right time. The simplest way to apply this memory method is to use flashcards when you study.

While going through your flashcards, divide them into three bundles. If you remember something clearly, those cards go into the ‘Easy’ pile. You don’t have to study those flashcards again for a week or two.

If you moderately remember something, keep it in the ‘Medium’ pile and revisit it after a few hours or a day. And if you cannot remember something at all, place it in ‘Hard’ and study  it again within the next 10 minutes.

Simple, and yet effective! At least… lot more effective than spaced-repetition software.

And if you’re in the Magnetic Memory Method Masterclass, you’ll know how to combine the cards with the Memory Palace.

In brief: Anytime you have words that are ‘Medium’ or ‘Hard’, include them in a Memory Palace.

Then, use all of the Magnetic Modes to create Magnetic Imagery that helps you remember the target information. That will make the information on your cards far easier to recall.

4. The Major Method for Memory Improvement

Quite a mouthful! So, let’s just stick with the ‘ Major Method’! ☺

Here’s how it works.

In the Major Method, you associate each number with a sound, typically, a consonant. Here’s the system most people follow:

54 could be “liar” (l+r). Personally, I think of Jim Carrey in the movie “Liar Liar” with a lyre to help make it even more memorable.

To remember longer sequences of numbers, you need to combine the sounds you have made. If you want to remember the number 2254, you could visualize a nun punching Jim Carrey for lying!

Make the image as animated and ridiculous as possible, and it will stick in your mind!

If you can, create a fixed image for every number from 0 to 99. That will make it easier to combine them to remember longer sequences of numbers used in mathematics, physics, chemistry or engineering.

If that sounds like a lot to you, just associate a fixed object for each number from 0-9.

If you want to take the Major Method further, check out this article about how to combine it with the Memory Palace Technique.

5. Improve Your Focus to Improve your Memory

How often do you get interrupted when you study?

These factors make it close to impossible for you to reach a high level of concentration – which is terrible news if you are trying to improve memory for studying.

Researchers from MIT have found that it’s  easier to form a long-term memory when your mind pays close attention to a task. You will have to minimize distractions from devices or people around you if you wish to remember things better.

Here are a few ways:

Your lifestyle – your food, sleep and activity levels have a significant impact on your memory.

Most students try to gain more time to study by skipping out on adequate sleep. It just makes things worse because lack of sleep affects memory as well as several other cognitive  abilities.

Several studies by Diekelmann and Born have shown that sleep helps in procedural memory formation, learning and creativity. In fact, sleep deprivation can even make you remember things incorrectly.

Eight hours is ideal, but at least make sure you get seven hours of sleep every night.

And don’t fall for the idea that binaural beats will help you improve your memory while sleeping. Chances are that will just make you tired and forgetful.

Video course and Ebook in the Magnetic Memory Method Masterclass

Foods abundant in saturated fats and trans fats such as red meat, butter, etc. are quite damaging to learning and memory. Students also tend to eat a lot of junk food (especially during exam time) which are worse for your brain.

Numerous studies have shown that these foods can even lead to Alzheimer’s disease in the long-term and other conditions that damage brain health and cause memory loss.

Instead, to improve your memory power for learning, try to have more of fish, olive oil, whole grains, walnuts, blueberries. There are also other foods that fall in the ‘Mediterranean diet’ that are excellent for your brain.

So, it’s naturally very effective for improving memory. Exercise also causes the release of a protein called cathepsin B in the brain. This stimulates the growth of neurons (brain cells) and forms additional connections in the hippocampus – an area of the brain vital to learning and long-term memory.

Teachers encourage us to write things down to remember things better. Adding a couple of steps to this process can make a vast difference to your ability to learn and memorize things quickly – especially before an exam.

First, recall and mentally repeat what you have to write down rather than just copy it mechanically. You can even use movies and TV series as I discuss in how to improve memory using these tools

This process isn’t difficult to do because the information will stay in your short-term memory for around 10-20 seconds if you have paid attention. And mentally recalling it right then it an excellent way of transferring it from your working memory (short-term memory) to your long-term memory.

Next, take a few seconds to store that piece of information in your Memory Palace. That will consolidate that memory even further. 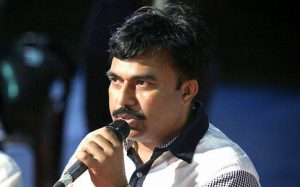